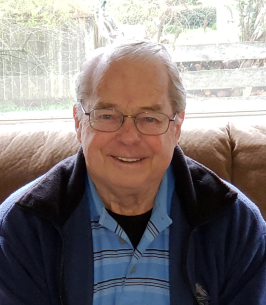 Leo Carl Cruise
DOB 2/28/1942
Born and raised in Seattle’s Madison Park
Attended McGilvra Elementary School, Blessed Sacrament, and graduated from Seattle Prep in 1960.
His father had a cafe restaurant (Leo’s Café) on University Ave in the University District and worked through high school in his father’s business… dedication and hard work ethic developed.
Activities he enjoyed when he was young were bowling, he was on the WAC team and bowled a 300. He raced hydroplanes in the Sammamish slough. He loved boats, golf, fishing and Whidbey Island.
He joined the Army in 1960 and was deployed to Germany where he took his weekend to ski and travel around Europe.
After an honorable discharge from the army he used the GI bill to go to Seattle University where he got a history degree. He went into the insurance business soon after and spend the next 40 years as a broker specializing in small business life and health insurance.
He is survived by his children Elizabeth and Christopher and grandchildren – Gavin, Garett, Grant Sabastian, and Damien. Other son Michael passed. He has a brother, Michael and sister, Cassie who are living.
His lifelong companion Nancy and him discovered Jesus.